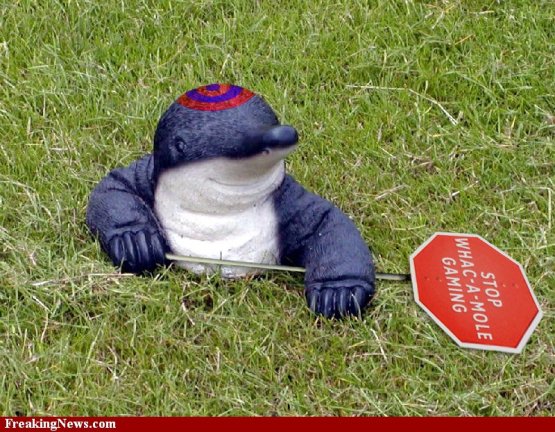 I love the smell in the morning of the August Trade Waiver drama. It is simply surprising to see who get through this seasonal “Whack-A -Mole” fandango without a single waiver claim, and those who find themselves popped on the noggin being smacked back to the reality of possibly leaving their present squad.

It sometimes seem to work exactly like that classic kid’s arcade game. Every MLB team has their own mallet that they can either whack or smack their collective desired player (mole) square on the head and try and claim them. But the wild part is their present team can pull them back down into the safety of their own 25-man roster and back off the waiver wire with not a hint of their real intentions.

It is clear arcade gamesmanship at it best. The first action of a team posting it player upon the waiver wire is exactly like the mole poking his head out of the hole. Up for all 29 other MLB head honchos to see and possibly mangle for their own team. But here is where it gets really interesting, the team that posts the player has all the advantages, not the person manning the heavy mallet.

You would think it would be the opposite, but then you would be sorely wrong. Even thought it might be a nice therapeutic action to pop a veteran or budding MLB player on the head, he could without warning be pulled back, offered safety again without his claiming club getting a viable chance to claim their prize. Not even a slew of tickets would emerge from the machine, sometimes this game is all or nothing.

That is where the real gamesmanship comes into play. Sure you could smack the daylights out of a player like Tampa Bay Rays pitcher James Shields when his head pops out of the machine, but the Rays front office could be also baiting you for a Winter discussion and pull Shields back into the comfort of the Rays fold. Suddenly you are left holding the bloody mallet with all to see you covet Shields.

Most of the time this scenario is the end result. Teams place the heads of their viable commodities firmly in the game to see who wants to take a whack at acquiring them, or has more than a passing interest. Some like Rays OF/DH Johnny Damon got completely through the game without a single thump upon the noggin, but still there might be a hidden want for his services.

It is almost like a visual game where others see what you are craving, wanting to thump into submission and take back to your roster as a prize. Interesting enough, even if you land one hard and heavy upon the exposed head of Shield’s, the Rays can pull him back to safety and he is no longer an exposed asset for the rest of the MLB to smash and dash.

Shields is not the only Rays player to be pulled back into his team’s safe haven with at least one square hit to his cap region. The Rays Republic have even seen their closer Kyle Farnsworth get a firm planting upon his frontal lobe, but the Rays pulled him back to the comfort of the Bullpen. B J Upton has been the latest Ray to receive a compound headache and a possible plane ticket out of Tampa Bay. 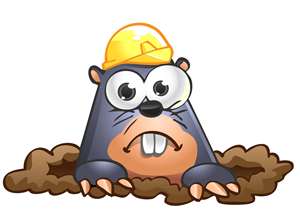 The Rays can either discuss a trade possibility, or pull Upton back into the Rays confines safe until at least the Winter Hot Stove season. The Upton talks or balks will be interesting. It will showcase either that Upton is a viable part of the Rays current post season march, or Desmond Jennings or Sam Fuld have started to erase the “Upton factor” from the Rays game plan.

More intriguing is the firm possibility that Upton was claimed by an American League team that has a good relationship via the trade with Rays VP of Baseball Operations Andrew Friedman and could facilitate an Upton move with a few healthy and young and budding MLB relief options in their present fold. Should be a few interesting days until either the Rays pull Upton back to the safe confines, or send him to possibly play with the seagulls nightly up at a vista on the Great Lakes.

During this waiver period the Rays will pop out many of the Rays rostered minions hoping to find the right suitor, trade situation and possibly a future piece of the Rays always unfolding puzzle. This is not a game about “likes” or “dislikes”, it is still about a game where the person with the most toys win. And to win in this business, some times you got to whack a few moles.

I heard yesterday that Upton was claimed off waivers by an unknown team, but a deal was unlikely. It makes me wonder if the Rays are going to trade Upton or anybody else before the offseason. Hopefully that’s not the case.
Check out The Rays Rant: http://yossif.mlblogs.com/

Yossif,
That is the extra fun in this 1 month adventure. After the trad deadline the teams do not go on holiday, they anxiously await the waiver wire submissions. I think if the Rays fall out of contention before Sept 7th, Johnny Damon might find a home again in Detroit (barring a B Boesch thumb surgery). Upton will possibly land back on the Rays roster, but might be dealt this Winter.
Cleveland is the team that claimed Upton with the re-occuring situation with Choo and Brantley. Plus, if Grady comes back healthy, Upton could bring them missing pieces this Winter.