Some say that is the first phrase uttered by those in denial or left wanting for an answer. Two words shouted to the heavens asking for some divine or intelligent intervention into how their beloved team could have fallen this far from their past grace and the lofty expectations transposed on this team even before they began play in April. 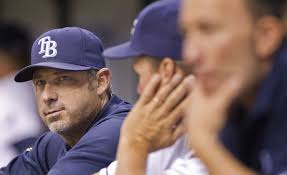 No one who follows, plays for or works with the Tampa Bay Rays could of possibly imagined this stark reality that would be evident about this team’s 2014 campaign 5 months later. No matter the Rays rise or fall during these terse 6 months, no one envisioned the team not playing for anything in the last 10-odd games of their season.

So maybe it is time to possibly throw out some opinions, rely on some facts and maybe come to terms with a season that sent us on a pure emotional rollercoaster ride to the greatest heavens and at time tumbling right back down to Earth with the stark realization that sweat, talent and confidence are not the sole catalysts to winning games.

Remember as you read this, it is only my personal guesswork and not a certification of the direction the team will take, should of taken or will entertain this winter….It is just my humble words thrown out for everyone to dissect into a million characters. Enjoy.

What if the Rays had signed free agent Nelson Cruz as their Designated Hitter? Would he have duplicated his 2014 season in Carolina Blue?

This was actually a question someone asked me on Sunday and it does have merit, but I think besides the steroid residue that would have followed Cruz here to Tampa Bay, the $8 million the Orioles paid Cruz might have been a bit steep for the Rays to handle financially. Plus the Rays Clubhouse culture might not have been a good fit for Cruz, but we also will never know if he could of adjusted and been a key component of this year’s squad.

Who knows, Cruz should be a free agent after the season, and with him showing he can still power the ball as well as be steroid free, the Rays would kick the tires, but even with Cruz’s current ‘14 resume of 39 HR and 106 RBI (as of 9/22) it might not be enough as a ‘15 salary seeking $ 9-10 million and someone wearing his favorite #23 jersey (Jake Odorizzi should quickly end the Rays interest.

What if Jeremy Hellickson, Alex Cobb and Matt Moore had stayed injury free?

Wow! Without a shadow of a doubt this team would have been different. Would it have been enough change to possibly change the end of the season outcome…..Without a doubt, but I’m a card carrying optimist.

But that doesn’t mean I would be calling out another revival of rising to the Rays 2008 level, or anticipated the backward tumble of 2009. I hate to admit it, but a few good things did happen for the Rays rotation because of those setbacks.

We found out the true fire and nature of Chris Archer, Cobb when he got healthy took the reins and never let go possibly posting one of the 6 best ERA (with possibly 2 starts to go) in the American League….And we saw the maturation process that beset Jake Ordorizzi from rookie nerves and indecision to transforming into a true 5th starter for this team.

What if we had held onto David Price instead of trading him to Detroit?

This is a question that will take a few more seasons before we know the true essence of this trade. I am also one of those anxious to see how young prospect Willy Adames advances in the Rays farm system. Also a post Trade Deadline Price has produced a 3-4 record and a 4.09 ERA (possibly 2 more starts) since the trade, the Southpaw sent as a left-handed option for the Rays rotation has been pretty Price-like. Drew Smyly posted a 3-1 record with a 1.70 ERA while also putting up 44 K’s on 47.2 innings.

I think this trade worked in the Rays future favor as Smyly is a salary friendly option and Adames is already viewed by some as a future Rays SS and he is still at the Class-A level.

What if Wil Myers had not missed 81 games with his wrist injury? 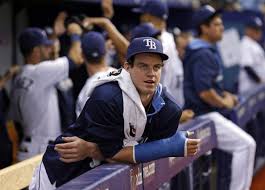 My ESPN Fantasy League stats predictions for Myers showed him posting numbers like: 81 runs, 25 HR, 91 RBI and a .267 average. At the beginning of 2014 he was owned by a majority of the teams in the leagues, but today only 35.3% of people have stuck with Myers.

His offensive output was missed extremely by the Rays, but his absence also got us a great introduction to some future Rays “Outlaw” ways. If you had to find any shining moment out of Myers pain it was the pure fact we got to see over 103+ games with Kevin Kiermaier on the squad. With them both playing together here in the latter days of the season, we might be witnessing transformation of the Rays outfield to a bit more speed and aggression in 2015.

What if Grant Balfour had retained that same fire and not lost some of his edge? 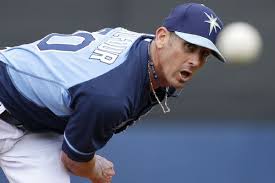 When Balfour signed that 2-year contract everyone was on his bandwagon. After a few stellar years showing his stuff on the West Coast with the A’s, the Rays envisioned Balfour taking the back end of the Bullpen and stabilizing it while Jake McGee slowly moved his way to that spot.

Balfour’s falling from grace and possibly a bit of “dead arm” for a spell pushed McGee into the spotlight and for a guy doing the closer’s role for the first time, his game was more hit than miss. With Balfour taking a step back into a set-up role now I can see the Rays using him as bait to a team that might need a proven closer and potent rally killer. This is not to mean the Rays will accept small fish for Balfour, but he could easily be in another uniform if the right return can be found for him.

Okay, that is just a few of the “what If” trains of thought that were thrown my way during the last home stand.  After these final 6 away games the Rays will conclude their season, return to the Trop and pack for home.

At that moment the questions will immediately change from “What if” to “What can we expect” as we begin another off season with question galore and many 2015 answers to ponder.

What direction can we expect the Rays to go?….T B D.