The cannon ball pierced the daytime sky and cut to the chase the St. Pete rivals wants and desires for the Rays franchise. Sure this first volley was not a direct hit by the larger metropolitan city who seems to have money to burn, and a populous eager to fill the seat of a still invisible stadium somewhere among their vast and ever expanding city limits.

It is the first move by our rival city to steal yet another sports franchise from St. Petersburg. I know some of you who have not lived here all your life might not know the NHL’s Tampa Bay Lightning and Arena Football’s Tampa Bay Storm used to play under the tiled roof of Tropicana Field known back then as “the Thunderdome”.

Sure those two teams might have envisioned their stay in the Trop. as “layovers”, but Tampa has never really gotten over the fact St. Petersburg, before John C Williams and Peter Demens bought their tracts of land and laid their tracks was part of Hillsborough County.

In fact, before Demens won his bet to name the city after his own birthplace, St. Petersburg, Russia, this little oasis bordered by water on 3-sides was called Hillsboro Point.  Sometimes I truly feel the reason for such hostility among the residents of these two cities is such a childish case of peninsula envy. 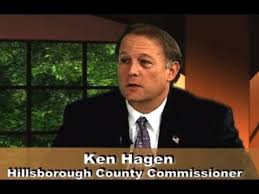 So the Hillsborough County Commission (HCC) voted on Weds to let the region’s top sports management icon, the Tampa Sports Authority (TSA) to act as their proxy in initiating a up front assault on poaching the Tampa Bay Rays from the clutches of St. Petersburg.

Come on, that is right in line with the thought processes of a quasi-pirate city to evoke a cannon fodder attack, send in the mercenaries from the riggings and let them take the pure frontal attack and counter measures themselves without the Hillsborough County Commission getting any blood or grime on their Sunday best.

And in a way it is smart. The TSA is a regional sports heavy hitter who has the monetary coffers to rebuff financial penalties that could be imposed by the city of St. Pete as well as a slew of Barbary lawyer types who have fought this type of battle before within the scope of sports relocation and providing adequate advance piles of legal paper that would choke even the most enthusiastic St. Pete counter attack.

Since TSA is only acting as an agent of the HCC, they are not a city trying to poach or do a classic snatch and grab of the Rays, they are a proxy agent of St. Petersburg’s neighbor to the west trying to entice and entertain the Rays voluntarily packing their suitcases and making a move knowing they have a legal ammo and financial booty in their treasure chests to stave off a St. Petersburg cloak and dagger move of their own.

With one of the Rays biggest early supporters, former St. Pete Mayor Bill Foster now job-less and bobbing in the briny Tampa Bay deep, his Mayoral predecessor, Rick Kriseman has recently approached the Rays to sit and institute a mutual parlay of sorts and with that, the H C C and  Tampa saw their chance to evoke their will and appoint the T S A as their own envoy to parlay on their behalf in regards to a future Rays home in their vista, not in the haven of St. Petersburg.

The H C C also on Weds. Appointed a small group to scout out stadium locations, seek out viable ways of funding such a venture as well as possibly begin working out some sort of agreement between the Rays and the HCC and Tampa.

Believe me the Tampa group has the population, corporate numbers as well as the financial ingenuity to evoke the Rays gaze from the St. Petersburg or Pinellas  County possible stadium sites. On their side also was the well-known opinions of Major League Baseball that the region would never be host to World Baseball Classic contests or a potential All-Star game as long as the area’s only baseball vista was Tropicana Field.

Within the volley over St. Petersburg’s bow was this comment by H C C Commissioner Ken Hagan: ” I’am cautiously optimistic that the time is very near. The message that we want to send today to Major League Baseball and the Rays is that Hillsborough County is ready, and we’re ready to hit the ground running when that time comes and I am hopefully it is imminent.”

It is going to be interesting to see what St. Petersburg, or for that matter, the St. Pete. City Attorney and City Council decide in a counter attack to this sly but well executed verbal volley by their regional rivals.

Will St. Pete send a legal counter, a frontal attack showing Tampa and Hillsborough will have to raise their funds via a tax hike or possibly legal referendums, to fight back that any region wanting this team will not only have to pay the Rays lease amounts through 2027, but will pay mightily if they want to steal this gem from the clutches of St. Pete’s hand.

And do not think for a moment the Rays fans in Sarasota, Manatee, Pasco and the rest of Pinellas County are not watching this battle with some concern. If the team went East, some of most of these fans would not be Season Ticket holders as their commute would double in some cases and their Rays ventures might be limited to weekend packs or limited visits. 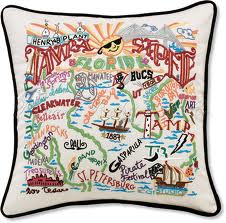 This battle is not only about St. Pete versus Tampa, this whole region and the scattered Rays fan base all have to be both worried and happy someone has finally thought to beginning the discussion again for a Rays future home and that the first volleys have been fired.

Believe me, this is going to get really nasty and downright costly to one party before it is all sign, sealed and delivered.

May be best city win (as long as it’s St. Pete/Pinellas County).