Familiarity Made Both Sides Winners in This Trade

Gosh, that did not take long.

We all knew that one day the possibility would rear its ugly head that the Tampa Bay Rays recently anointed President of Baseball Ops Matt Silverman would have to one day deal mano-on-mano with the analytical and crafty Andrew Friedman, who fled the Rays and landed with the Dodgers wearing a more historic shade of blue.

During the last minute prep before the Rays were to submit their names for their 40-Man roster by including a few prospects names to guarantee their omission from being plucked during the upcoming Rule 5 Draft, the Rays had conversations with several teams like the San Diego Padres, Houston Astros plus the Texas Rangers before Silverman was left with just one option……Friedman. 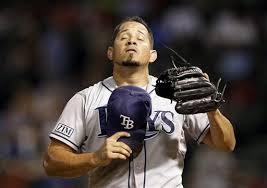 So before the strike of midnight the deal was sealed that sent veteran reliever Joel Peralta and Triple-A reliever Adam Liberatore westward to the dodgers in exchange for right-handers Jose Dominquez and prospect Greg Harris.

The trade on the surface between the 2 former 4th Floor Rays officemates seemed to ultimately compliment the Dodgers as they got a low salary Bullpen option in Peralta and a player who could be on the cusp of earning a spot in the L A Bullpen this spring.

Sure this trade helped the Rays solve some of their payroll concerns as well as make it easier for the Rays to complete their 40-man roster moves while getting some of value for Liberatore who quite possibly would have been left off the Rays final 40-Man roster.

Without question, Liberatore would have been plucked quite possibly in the 1st Round of the upcoming Rule 5 Draft if left unprotected by the Rays and all the Rays would have garnered was the $50,000 fee.

Ultimately Friedman knew the stats and abilities of each of these garnered trade pieces and knew of their inherent risks and liabilities firsthand because he scouted and watch them play when he was the Rays VP of Baseball Ops.

But let’s not be naïve here to think Friedman might have gotten one over on his former team, this trade has its own high points for the Rays with one significant power option that might bring the Rays dividends as early as when Pitchers and Catchers report in February 2015.

Dominquez could quite easily be the early great return on this trade. Sure he did have some stumbles and rumbles while in the lower levels of the Dodger system, but his stock has risen greatly in the last few seasons, even getting tastes of life at the MLB level in both 2013 and 2014. 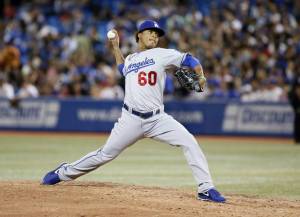 Some might say he still has some control concerns after allowing 10 runs in 14 2/3rds innings over the past 2 MLB seasons, but his 12/6 K/BB ratio shows he has strikeout abilities that will be needed by the Rays with Peralta now gone from the Rays Bullpen. Dominiquez, who has been clocked throwing as hard as 103 mph might be a piece honed and sculptured this spring to be a cog in the Rays 7th or 8th inning playbook.

Also playing into his favor is the fact even with his not so stellar MLB stat line, he has averaged 10 strikeouts per 9 innings at the minor league level and if the Rays can fine tune his natural power talents, he could be one to watch even on the first day this spring.  He mainly throws heat with a slider that is more known for its velocity than movement, but you know the Rays will show him a few new grips or pitches and expand his arsenal before he makes his Rays regular season debut.

And maybe Dominquez’s power is hereditary as he is a cousin to Rays prospect Alex Colome and former Rays RP Jesus Colome.  For now I’m going to call him Smiley #3 (some people will get that reference). Both Harris and Dominquez also are from San Pedro de Macoris in the Dominican Republic. 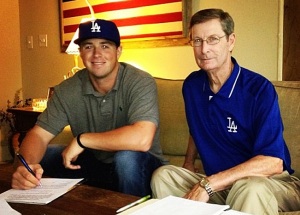 Harris was drafted by the Dodgers in 2013 and posted a good season in 2014 during his stint in Class-A ball in the Midwest League and has solid strikeout numbers and throws in the mid-to-low 90’s.  He is still 2-4 years away from possibly being near the MLB level and Harris should develop a few secondary pitches before he gets nearer to a possible stint with the Rays.

He also has a really interesting historic Rays tie-in as his father Greg, who was a former MLB pitcher (75-90 record) as well as a D-Rays minor league pitching coach with Rookie-Level Hudson Valley Renegades back in 1996-97.

Sure some will instantly put a check mark next to Friedman’s name with this trade as he garners a low cost Bullpen arm, and possibly 2 for 2015, but Silverman got an explosive arm that could be an impact as soon as 2015 as well as shed $ 2.5 million off his payroll.

Conclusion: Everybody won in this trade. Now and in the future.

Could the “Entourage” Group Help the Dodgers Situation?

In this current roller-coaster economic
climate, it is not unusual for some of us to need a little help, or
possibly a ” hand-up” to get ourselves on a solid footing again.
Maybe it is time for Los Angeles Dodger primary owner Frank McCourt
to embrace his current situation with open arms.

With McCourt already mired down by an
overcoming storm of “questionable moves and finally drawing the
attention of the Internal Revenue Service to his storied franchise,
did he think he was untouchable?

I have heard more than a few tales
whispered to me recently of a huge house of cards built up by McCourt
that finally might be shaking and ready to come tumbling down around
him. The possibility of McCourt even thinking about ” borrowing”
against his Fox Sports Network future baseball television rights
revenues to float the team for even a few seasons would eventually
send him to the bottom with nothing.

I even heard of a loan default and a
California banking institution basically foreclosing on the parking
lots around his stadium effectively circling the financial wagons
with an impending doom looming just over those picturesque California
mountains. Maybe, a ” hand-up” right now might be better than MLB
taking over the club.

McCourt currently has the “Lion’s
share” of the overall ownership stake in the storied Dodgers, and
possibly parting with a small slice of that monopoly, it might
actually get McCourt the secure financial footing and keep the team
from leaving his hands and possibly being put “in trust” by Major
League Baseball in the near future.

I understand the reasoning of McCourt
to do everything possible to keep MLB out of the fray, but when the
IRS sneaks into a organization, it sends immediate red flags and
warning whistles throughout baseball. McCourt should not take this
action so personally. But then again the wordage coming from MLB
Commissioner Bud Selig never sounds like a positive thing. 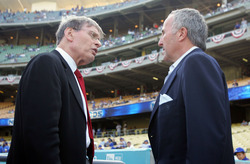 With the recent announcement by Major
League Baseball to possibly take on the daily duties of the Los
Angeles Dodgers, you have to wonder if the MLB brass might have
already done a primary search for a few well known names, or
prospective ownership groups who might take on a small stake of the
ownership of the lovable “Boys in Blue”.

I have a solution. It might be a bit
out there, and might need both MLB and McCourt to actively pursue
with vigor, but in the end it could satisfy two different goals. We
all know that in the past when New York Mets owners Fred Wilpon and
Sam Katz were seeking some minority ownership infused money a group,
or “Entourage” of investors made their desires
known to MLB and the Mets.

That’s right, a few of the popular
stars of the HBO highly acclaimed series want to throw their New Era
caps into the MLB ring as minority owners. “Entourage”
executive producer Doug Ellin as well as three of the series stars,
Kevin Connolly ( E ), Ed Burns and Kevin Dillon ( Johnny Drama ) want to
pursue a chance to own a historic franchise.

And that phrase “historic franchise”
caught my eye. The Entourage series is based on a group of guys who
follow their friend actor Vinny Chase to Los Angeles after his
success in a ficticous Indie film called “Queens Blvd.” Interestingly
enough, Queens Blvd which runs 12-lanes wide at times runs from
Midtown Manhattan to Jamaica just north of the Dodgers old home of
Brooklyn,New York. Sure the guys might want to retrace their NY roots
and become a piece of the ownership group of one of their old sports
favorites, but they also now have a chance to possibly help preserve
a franchise most in New York city portray as ” dead to them”.

How fitting would it be for a bunch of
Long Island and New York natives who now work on a series based in
the LA region could come to the rescue of an old expatriate NYC
franchise. With the series possibly starting production soon on their
last season, the added storyline of possibly getting some
post-“Entourage” good karma by helping out McCourt could go a
long way.

But the problem is first McCourt has to
publicly admit there is a fiscal problem beyond his current means.
Denial is a vain and confusing human condition that engulfs us whole
and sometimes is bitter to let us go, even with the truth.

The possible infusion of outside money
and a solid investment group could keep the banking hounds at bay,
and MLB out of McCourt’s offices for now. The “Entourage” group
could invite McCourt into their little social circle and make him
again see the light at the end of the tunnel and keep his grip on his
baseball team.

There is no clear indication that this
will ever happen, but it is feasible and could be beneficial to both
parties. Maybe MLB hasn’t connected these dots yet, but they should.
Even if the “Entourage” group just takes a temporary ownership
stake until the ground settles and firm for McCourt, some help is
better than seeing your dream fade away into the abyss. 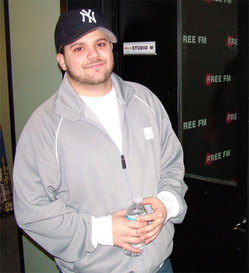 Think about the show production value
of possibly spinning this into the series. We all know that Ari Gold
(Jeremy Pivin) was actively trying to get an NFL franchise for Los
Angeles. What if the storyline could be evolved to provide a Dodger
backspin that his passion and drive could produce a ownership stake
in the team. Would be a PR ” win-win” for both “Entourage”
and McCourt.

Sure Connolly, Dillon and Burns might
want to own a piece of the Mets, but shouldn’t the added fact that
being a part of the Los Angeles scene as sports team investors they
could finally get Turtle to stop wearing his New York Yankees gear on
screen and sporting his new home team cap along with the rest of the
“Entourage” of the “Dodger Blue”. Just a thought……….