Not Sure about the Orlando Yankees, but O-Town needs a Team 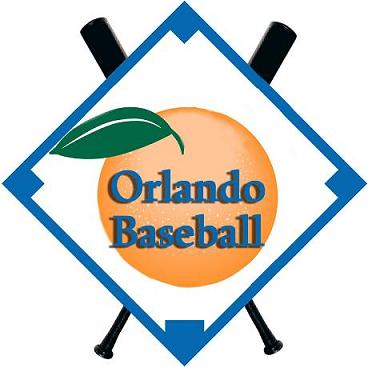 The city of Orlando has always been an optimistic little borough centralized . If you mentioned the city’s name to most people, it would quickly entertain visits to Disney World or Universal Studios, and it might even bring back memories of watching spacecraft launch off the Space Coast headed for the Stars. For a long time it was considered one of those ” cities on the cusp” of becoming a striving metropolis.

Right now however it is the epicenter of the Winter first folly for Major League Baseball as the league’s 30 General Manager and higher echelons filter into this Mickey Mouse town not to see the new sparkling Amway Center for a Orlando Magic game, but hopefully to part with a few MLB souvenirs of their own before packing and leaving.
Within the hustle and bustle of all this activity surrounding the possibilities and envisioned movements for 2011 is a want by this once sleepy little town to again be considered “on the edge and hip”. Once again this town wants to have professional baseball within its city limits, and the team it is pursuing might surprise you. The city now boasts only Spring Training baseball out at the Walt Disney World of Sports complex when the Houston Astros come into play from late February to the end of March.
For a long time, this region had a team to call their own before the Tampa Bay Rays decided to move their Double-A affiliation to Montgomery, Alabama and left the city bare of any minor league baseball. But all that could soon change if Armando Gutierrez Jr. has his way. The former 8th district United States Senate candidate feels so passionate about this endeavor he withdrew his name from his Senate race and pushed his loyalties and political clout towards again eating popcorn and Cracker Jacks at a future Orlando baseball game.
When the group first announced its intentions to find a professional baseball partner for the city, some mused that the city might be trying to entice and influence the Rays ownership to have team possibly migrate along the I-4 corridor from the west coast of Florida to O-town. But that illusion was quickly eliminated from the formula as the Rays did not seek such a drastic change of local, but only wanted to expand their team presence towards Orlando by providing more exposure through out-of-town television and radio broadcasts to the Orlando and it massive suburbs.
And Gutierrez had the right bait on his fishing pole to try and seduce the Rays ownership as one of his key points to his sought after goal of bringing professional baseball back to Orlando would be to build a state of the art baseball facility and a baseball museum. Both actually played well into the Rays foreseeable future want and need for a new stadium, and with the Rays also currently housing the Ted Williams Hitters Museum within the bowels of Tropicana Field, it might have been a perfect “two birds in the bush” analogy for Gutierrez.
Gutierrez however is not focusing on the Rays. He has a bigger fish in his sights and after meeting with some interesting possible investors while on his U S Senate campaign, Gutierrez has set his sight on another classic minor league team that would bring both local and out of town fans by seducing them with the attractions of baseball and the other surrounding family activities that could be enjoyed during the Spring and Summer months in sunny Florida. 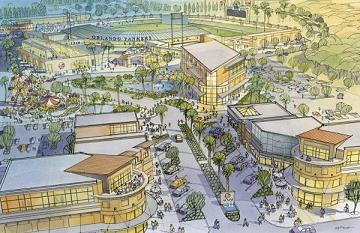 Many might not know the surface plans of Gutierrez and his crew of motley investors setting their sights upon the Florida State League Tampa Yankees and possibly moving them 90-odd miles to a what they consider a more desirable location set within a vibrant young city landscape. Suddenly Gutierrez’s focal point shifted from just trying to entice a team to relocate here to possibly being part of an ownership group that would purchase the FSL franchise and move it into their proposed stadium.
But you have to take this teasing with a grain of salt. How hard do you think the city of Tampa will fight any movement or even relocation of the Yankee Spring Training complex and Class-A squad after the city sunk in so much financial resources, initially posting bonds to provide for the massive upgrade and changes to George Steinbrenner Field and the surrounding area.
This is not to say Gutierrez is putting all his baseball in one bucket, but he is definitely swinging hard for the fences in trying to relocate an iconic baseball affiliate from a well-known locale that treasures the Yankee legacy and fan following like a pilgrimage each Spring. If Gutierrez and his crew can get such a franchise, the Orlando region instantly lights up as a possible relocation sight for a future MLB franchise.
This is not to push the aspect of MLB putting a franchise right into the lap of O-town, but with the backing of such industry giants as Disney and Universal Studios, it would be insane for MLB’s top tier to not at least research and entertain a possibility. Put the added essence of the Rays saying the right words right now in public, but not on paper about their continued involvement in the Tampa Bay region, and you get a small state of flux within the heart of the state right now.
I actually commend Gutierrez and his enthusiastic crew for�their brash and candid decision to thrust it all into the fire here and go for an iconic minor league affiliate that would instantly bring attention to his city and their efforts to again have baseball within its city limits. Back in the early 2000’s, I used to attend a few Orlando DevilRays game when the big team was out of town on road trips. It is a great community with all the hustle and bustle of a thriving metropolis intertwined with the charm and romance of Southern baseball traditions.
It take a lot of courage and conviction for a man to withdraw his name from an election towards securing a prestigious post like a seat in the U S Senate. But sometimes the passion and enticement of the game can be more alluring than a trio of sirens upon the rocks. Gutierrez and his group are firmly committed to standing at the plate and taking whatever baseball throws at them. Not sure how this will all turn out in the end, but Gutierrez sounds like one of those guys who will not stand there and take a third called strike. I think he will find his team soon and the goal will slowly unfold again to have Baseball back in O-town.
| back to blog home |
Theme: MLB “fan” | Get a free blog at WordPress.com